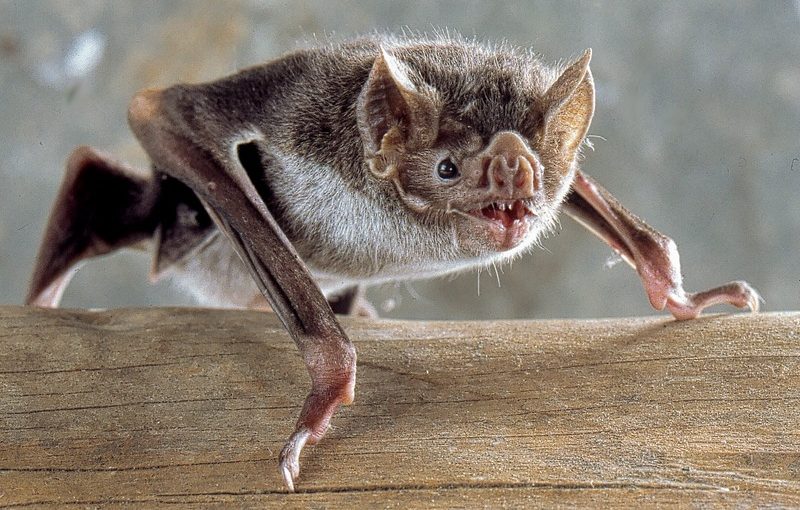 Mercury is a widespread and pervasive contaminant, and chronic exposure to mercury can impair host immune defense and susceptibility to infections. However, the relationship between mercury and immunity is unknown for bats, which appear immunologically distinct from other mammals and are reservoirs of many pathogens important to human and animal health. Our study quantified mercury in hair collected from blood-feeding vampire bats (Desmodus rotundus) in two populations from Belize. Bats that foraged more consistently on domestic animals exhibited higher mercury. However, relationships between diet and mercury were evident only in 2015 but not in 2014, which could reflect recent environmental perturbations associated with agriculture. Mercury concentrations were low relative to values observed in other bat species but still correlated with vampire bat immunity. Bats with higher mercury had more neutrophils, weaker bacterial killing ability, and impaired innate immunity. These patterns suggest that temporal variation in mercury exposure may impair bat innate immunity and increase susceptibility to pathogens such as bacteria. Unexpected associations between low-level mercury exposure and immune function underscore the need to better understand the environmental sources of mercury exposure in bats and the consequences for bat immunity and susceptibility