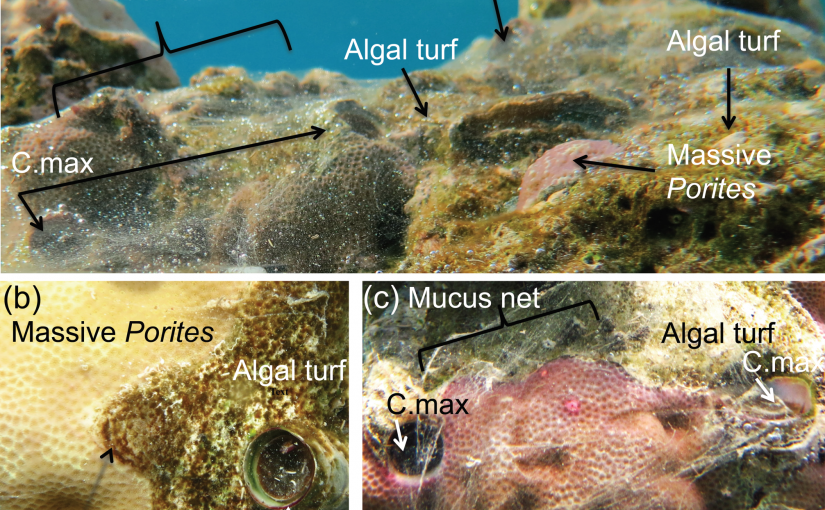 Interaction modifications arise when a third species alters the strength and direction of a pairwise interaction. One way in which an interaction modifier can influence an interaction is through changing the physical environment and creating conditions that favor one species over another. On coral reefs, coral-algal competition is a wide-spread phenomenon that can be modified by water flow. Additionally, sessile (stationary), net-producing vermetid gastropods can be ubiquitous and known to negatively affect coral growth and survival. Although the putative mechanism underlying the snail’s effect is the mucus net, how the net may affect corals was unknown. In our paper, we showed that the mucus net modified water flow and the thickness of the diffusive boundary layer (the region in which molecular transport occurs) over corals and over coral-algal interactions. Our results suggest that the negative effects of vermetids on corals are due to the trapping of noxious conditions over coral surfaces, which likely intensifies competition between corals and algae.